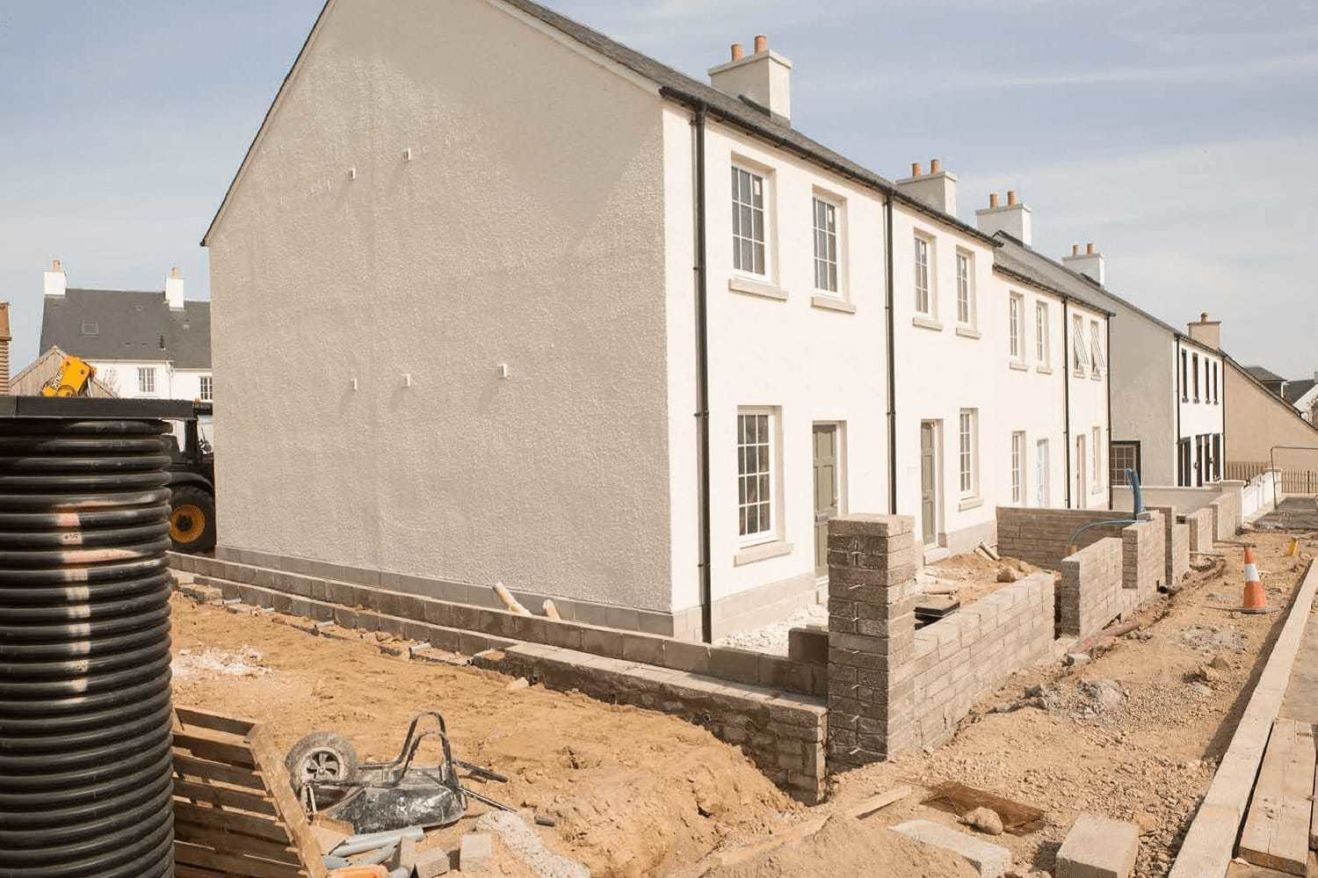 W M Donald has a long and proud record of work undertaken on the Elsick estate dating back to the 1980s. The master architect of the Chapelton development is Andres Duany of Duany Plater-Zyberk (DPZ). DPZ is one of the pioneers and leading advocates of New Urbanism, a movement which promotes the development of walkable, mixed-use communities.

The initial masterplan is for 4054 homes. When all the ‘neighbourhoods’ have been completed the final total will be in the region of 8000 homes.

Prior to construction starting on site, DPZ led a charrette. A charrette brings together the key decision makers – stakeholders and professionals – to collaborate with the DPZ team (to find out more about how charrette functions visit www.dpz.com/Charrettes/About). W M Donald was involved as an observer at the charrette and the ideas and feedback generated impacted on both the scope of works and the way in which those works were undertaken.

The first neighbourhood to be built is Cairnhill. W M Donald provided all the enabling works for the site including the construction of a new roundabout, access roads, hard landscaping including extensive use of SUDS (Sustainable Urban Drainage Systems), construction of a 4km rising main, and access for utilities. W M Donald has subsequently undertaken the plot works for a large proportion of the first tranche of 250 properties, many of which are already occupied.

The international profile of this landmark project understandably attracted bids from the UK’s largest civil engineering contractors. W M Donald, using its extensive experience of local ground conditions combined with its state-of-the-art surveying equipment and software, focussed on optimising the use of excavated materials. This included extensive cut and fill planning.