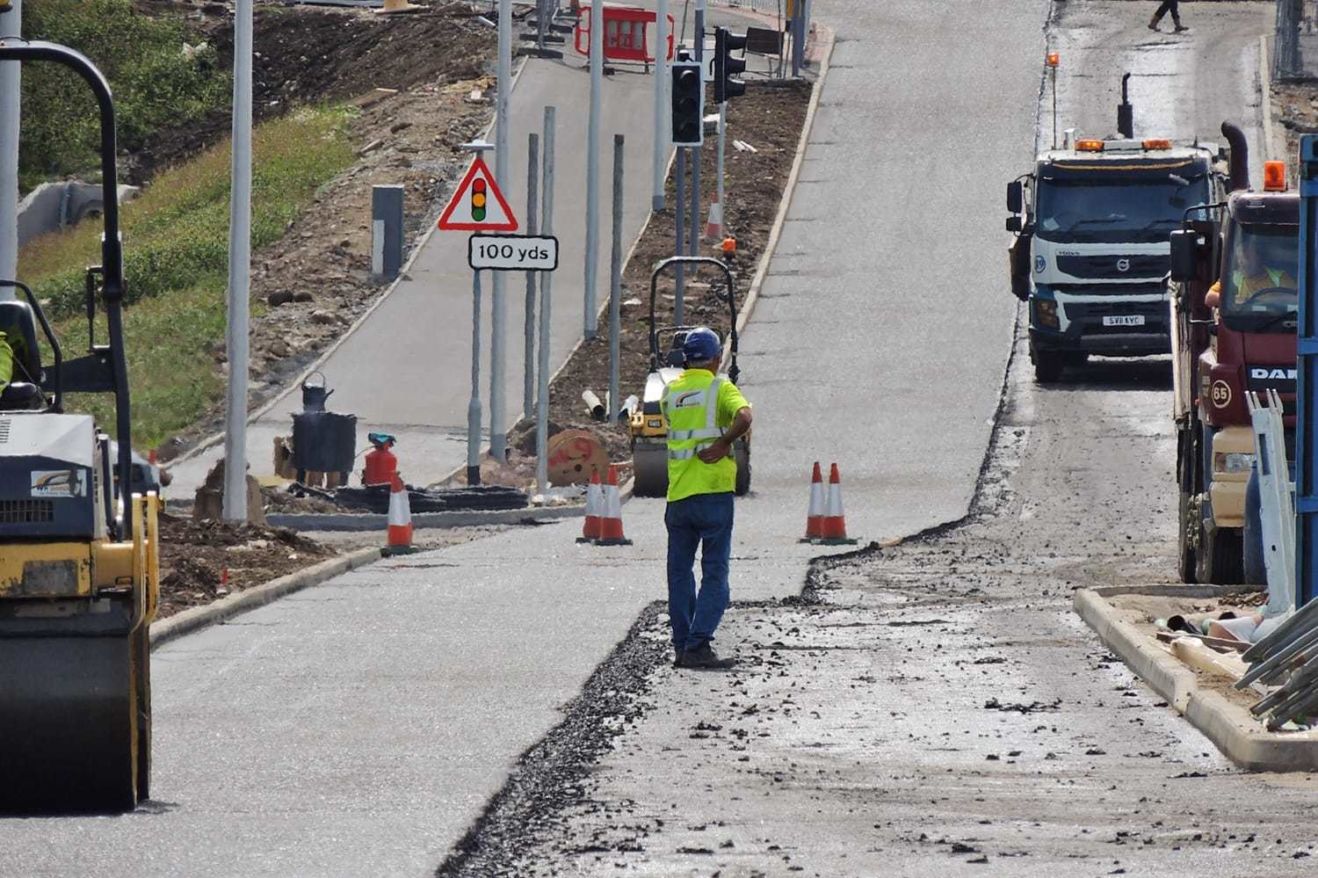 Prime Four is a commercial development undertaken by the Drum Property Group and promoted as ‘Aberdeen’s first and only world class business park’.

It is located just off the Kingswells roundabout on the A944, one of Aberdeen’s busiest commuter routes. At peak times traffic flow is more than 18,000 vehicles per hour and major queueing is commonplace.

The original traffic management plan was built around a contraflow. A last minute change required dual carriageway access to be maintained between the hours of 7-30am to 10-00am and 4-00pm to 7-00pm. This increased the complexity of materials logistics and the site build programme which had to be focussed primarily on those times when lane closures were permitted.

Such is the importance of the A944 in terms of access to the city that Drum Property Group set up a specific page on its website, continuously updated by W M Donald, which publicised road closure details for the project. Aberdeen City Council’s traffic website linked to the page to ensure the information was made widely available.

The principal task was to provide access to the development site. This involved reshaping the roundabout to accommodate a third ‘stacking’ lane. The new lane, with associated traffic lights, enabled vehicles to turn right into the site. A 5m wide cycle path was also constructed. Utility services were diverted as required.

W M Donald also won a contract to build the sewers and infrastructure on the development site.