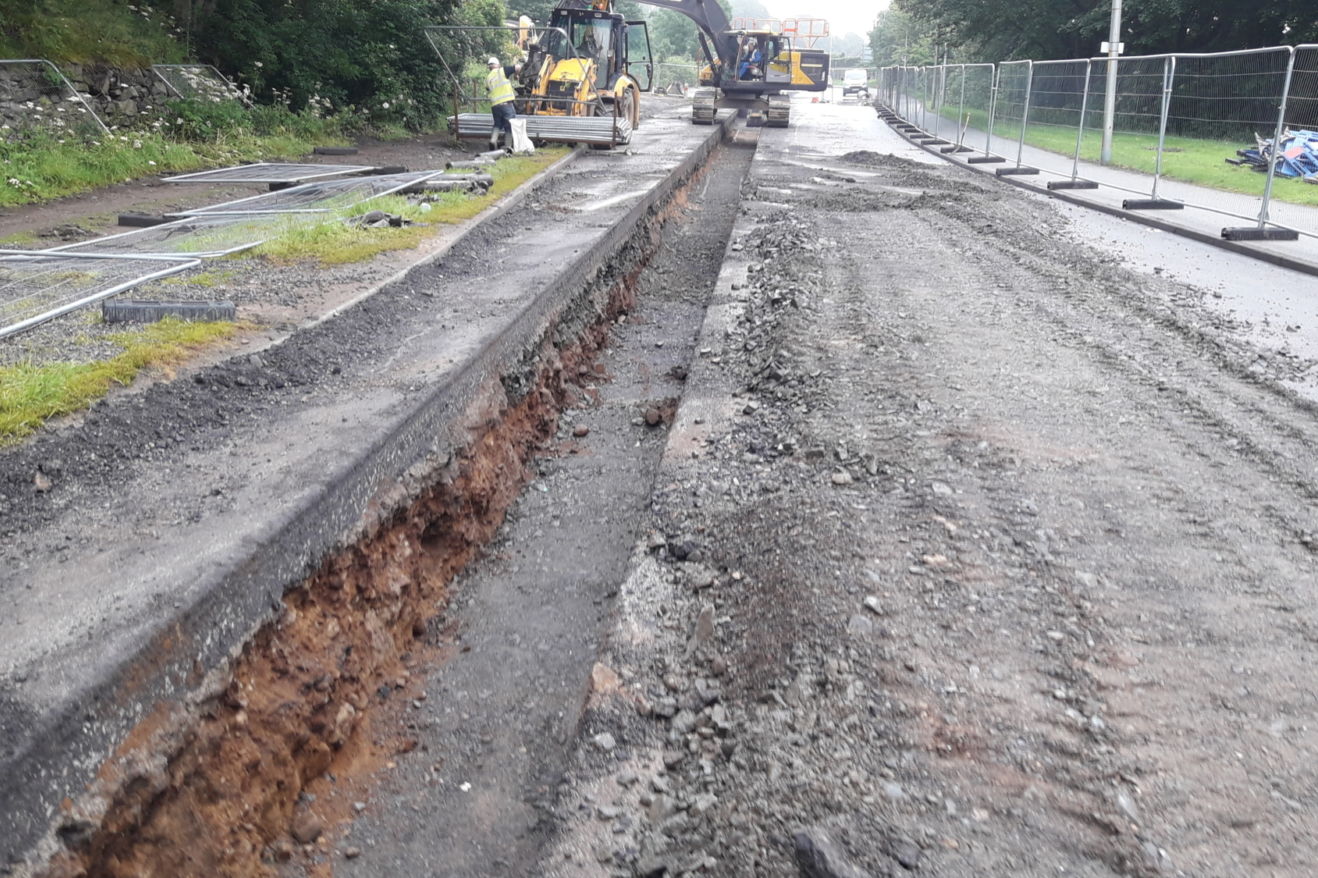 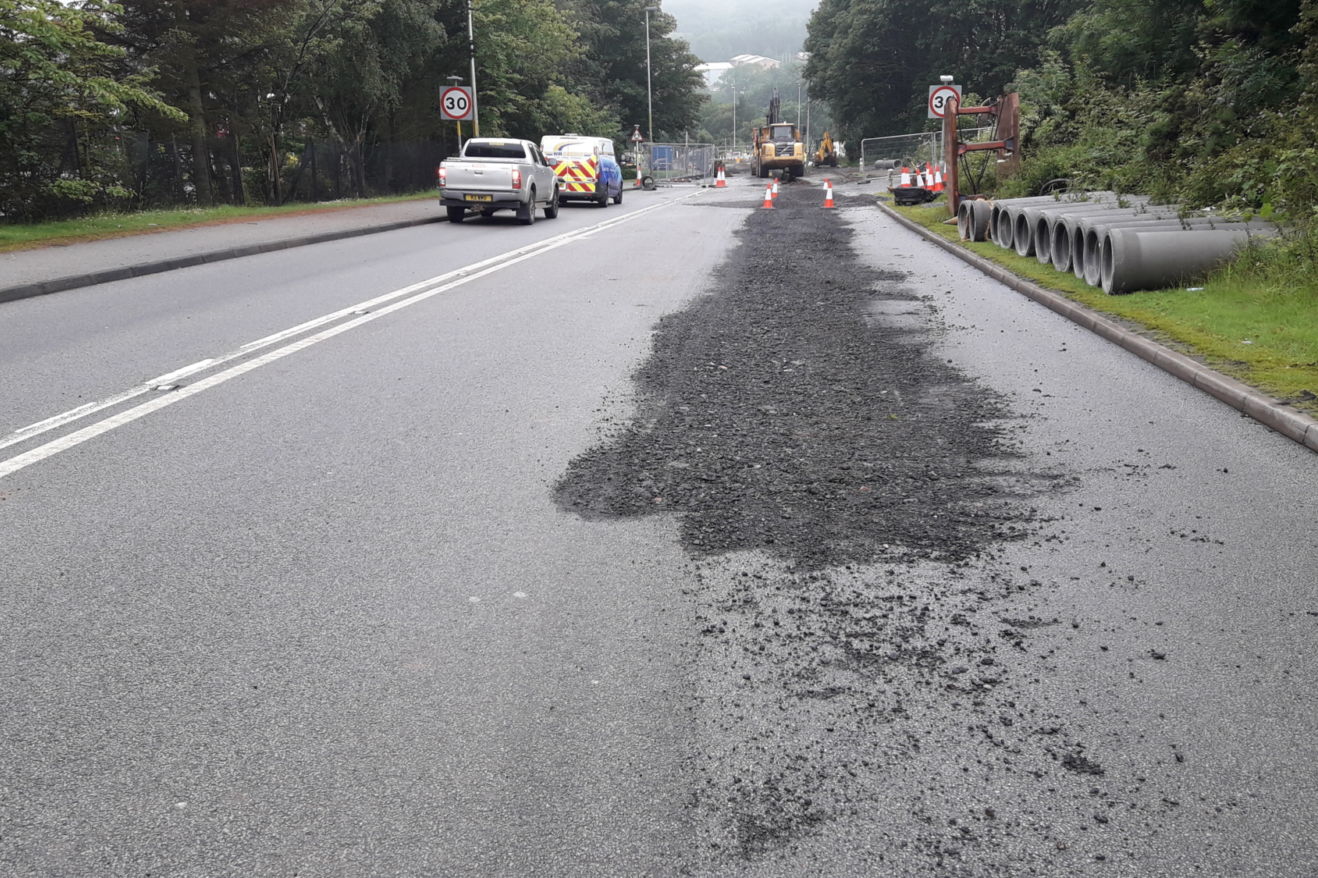 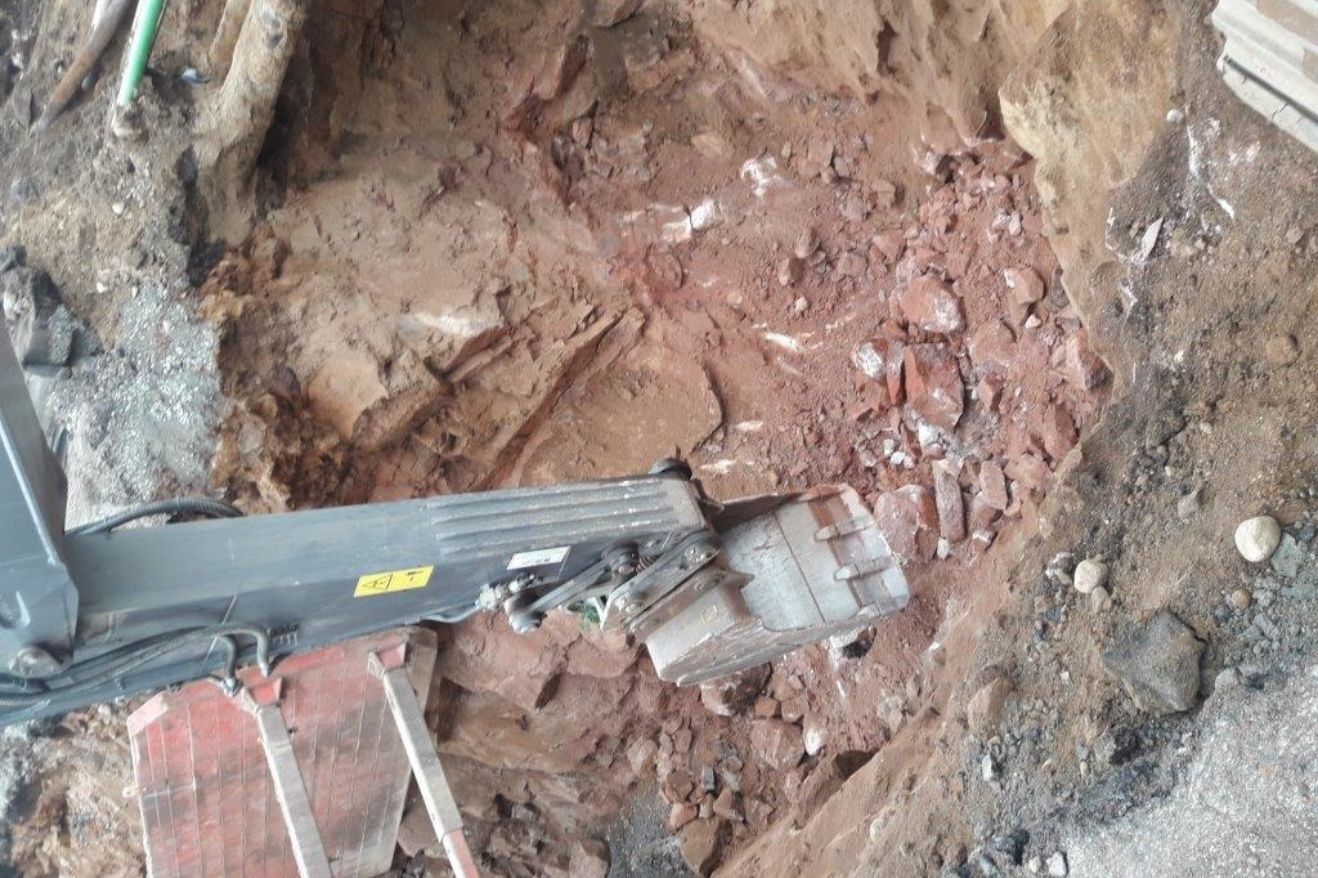 These works were a requirement as part of the Main Grandhome Infrastructure Project, to install a Gravity sewer (approx 1200m) from the existing temporary Pumping station within the development to a connection Manhole on the Laurel Drive Roundabout.

600m of this was within the Parkway road, before turning into arable land for the remaining 600m. This required a 6 week road closure of the Parkway. Our Team worked day and night to install this and get the road open and operational.

This project carried unforeseen challenges. The connection point was thought to be 2.5m deep, however once the project had started, it was found that the existing Manhole was 6m deep and was surrounded by rock, which had to be broken out and a tumble bay installed to reach the levels required. The 450mm pipe was then installed at a depth of 2-3m, for approx 400m. Due to the existing levels on the road and to achieve run on the sewer, the last 200m within the road reached depths of up 6m, which was through rock and we had no option other than to break this out. Despite these challenges, the road was opened in 6 weeks, fully reinstated and white lined.

We are currently completing the remaining 600m in arable land. This is between 5-6m deep and has been rock from approx 2m. We have been using blasting and stitch drilling techniques to break up the rock, and we expect to be completed and connected to allow the removal of the Temporary pumping station by end of December.